ese sorts of days, inspiring people and allowing them to unlock their creativity or even just giving them the time and space to find out that they are creative, even if they have been told they are

As children, we are vessels of creativity, all of us. The potential is all there within us. As we grow and are introduced to schooling. Many children, not all, are consistently told, by well meaning adults, how things should be done. Children then begin to conform and often that pure creativity is dampened down and even lost. It can be re-ignited though, all is not lost. Sometimes it takes some searching, but when it is revealed it is an amazing feeling.

The reason I am at Glastonbury Abbey in Somerset is to run a two day stained glass workshop. We are in a marquee and the weather promises to be good all weekend.

I’ve never really spent time in Glastonbury Abbey, I don’t know why, it is such a beautiful place. It can be found tucked away behind the bustle of the quirky Glastonbury shops. The grounds are vas

t and the ruins are quite spectacular. I took a little time at lunch to walk around and take some pictures.

It has been an exhausting weekend but Wow!…. I think you will agree that everyone has produced such amazing pieces and hopefully they will have left wanting to carry on their creative path.

Don’t forget, if you want to awaken your creativity then book yourself on one of my courses. Details can be found under Workshops & Courses. 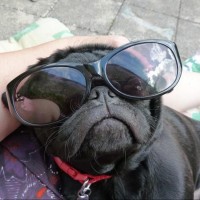